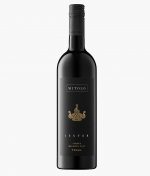 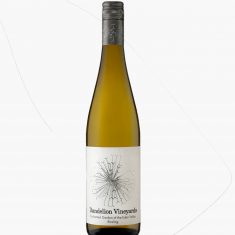 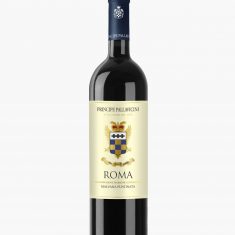 Deep purple in colour, the Jester Shiraz carries lifted aromas of violet, cut plum and mulberries on the nose, with subtle hints of mint and crushed rock. On the palate the wine opens up into vibrant and juicy flavours of black cherry and blood plums, with nuances of spicy clove, dark chocolate and salted liquorice. Delicate tannins and a redcurrant-like acidity delivery a satisfying, long finish.

Add to favourites
Only 11 items left in stock!
Welcome to our store, do you need any help choosing?

Mitolo, Jester McLaren Vale Shiraz
£18.70
Get in touch so we can help

McLaren Vale-based Mitolo is a family-owned winery established in 1999 by Frank Mitolo, whose Italian roots inspired his early interest in, and enthusiasm for, good food and great wine. Winemaker Ben Glaetzer became a partner in the business in 2001. The fusion of Frank’s knowledge of the land and business acumen with Ben’s winemaking talent has resulted in Mitolo becoming one of Australia’s most awarded wineries. From the approachable ‘Jester’ range to the premium wines that wow the critics, Mitolo has made a name for itself as one of the Australian producers to watch.

Overlooking the coast, the vineyard in McLaren Vale has heavy grey loam over sandstone soil with black cracking Biscay clay. The proximity to the ocean ensures cool afternoon breezes that help retain good acidity levels and aid in the development of complex flavours in the grapes.

The ‘Jester’ Shiraz has plenty of ripe berry fruit and offers everything you want from a vibrant McLaren Vale Shiraz, including remarkable value. Of the premium wines, perhaps the most individual wine from Mitolo is ‘serpico’, Frank’s nod in the direction of Amarone. The Cabernet Sauvignon grapes were dried for about five weeks after harvesting. This period of ‘appassimento’ gives the wine a dried fruit yet vibrant character that ensures its intensity is nicely balanced.

The ‘7th Son’ Grenache/Shiraz/Sagrantino is quite a different wine for Mitolo and an ode to two of McLaren Vale’s most revered varieties. The Grenache portion, sourced from old bush vines planted on the sands of Blewitt Springs, provides rustic, lighter, earthier flavours to the fruit-forward Shiraz, sourced from the Lopresti vineyards. Sagrantino adds a moreish Italian twist to this classic McLaren Vale blend.

Fruit for the Jester Shiraz came from the Lopresti Ridgehaven Vineyard, located at the southern end of McLaren Vale between Sellicks Hill and Willunga on the foothills of the Mount Lofty Ranges. The site is defined by heavy clay loam soils with shattered gravel throughout the profile, over Christies Beach formation. A northwesterly aspect captures ample sunlight and ensures ripening, while the warmth of the site garners concentration and plush tannin maturity in the fruit. The vines are at least 25 years old.

The 2018 vintage saw low levels of rainfall during the growing season which, combined with a hot summer, led to an early and condensed harvest. Yields were below average, a result of the dry conditions and an intense November hail storm. The moderating influence of Gulf St Vincent, reliable spring rainfall, and supplementary summer drip irrigation ensured that the challenges of the season were alleviated. Fruit quality was tremendous with small berries full of concentrated flavour, and as a result intense aromatics became a hallmark of the vintage.

The grapes were crushed and destemmed, fermented over six days in eight-tonne potter fermenters and larger vinomatics, with twice-daily pump overs carried out. Temperatures were kept cool, between 20 and 24˚C to retain fruit vibrancy and ensure a soft tannin structure. The ferment was pressed off at approximately 1 Baume to finish in stainless steel tanks, before being transferred to seasoned 60% French and 40% American hogs head barrels for 14 months. Malolactic fermentation was completed, following which the wine was racked and returned to oak to complete maturation. The wine was lightly filtered, but not fined, prior to bottling.

Deep purple in colour, the Jester Shiraz carries lifted aromas of violet, cut plum and mulberries on the nose, with subtle hints of mint and crushed rock. On the palate the wine opens up into vibrant and juicy flavours of black cherry and blood plums, with nuances of spicy clove, dark chocolate and salted liquorice. Delicate tannins and a redcurrant-like acidity delivery a satisfying, long finish.

Local deliveries are free for orders over £50